Our group unites several rather young men, usually 25-30 years old. We are interesting in the history of our land, of our people. And the war history fills the most terrible and heroic pages in the book of life. The interest for the war history is not very rare for Leningrad region, because it was an arena of bloody battles from 1939 to 1944 - during Russo-Finnish Winter war and Great Patriotic war. Only five years ago we'd looked at concrete defence positions, picked empty cartridges and helmets with many bullet-holes. And in 1997 we've organized a searching group, or a group of diggers ("poiskovik"'s, or "kopatel"'s, as we used to say in Russian). There are about 30 registred (so called "red") groups of such kind only in Leningrad region, and also a lot of "black" (who are interesting for all they can sale, even weapons and explosive) and "white" (people who want to learn how Soviet, Finnish and German soldiers lived in trenches, and to find the real truth about these wars.) Also we think that all the victims of WWII deserved the right to be buried. We have no strict ideology and order like "red" (from the other hand our group is registered in the Military Search Foundation of St.Petersburg Region and we usually have permission for search actions) and we don't meddle in criminal affairs like "black". We bury remains (Soviet soldiers - officially if possible, with help of local authorities, Finnish soldiers are being transferred to Finnish authorities); and collect helmets, mess-tins, spoons, bottles and other items which can tell us about the life on a frontline - so we are close to "white" by Russian terminology. And we want to contact with everybody who are interesting in World War II history.

Important note! Because of unclear future of the narod.ru hosting the most important data of the site is being saved in the site https://sites.google.com/site/karelval/, (temporarily only in Russian), which will be acting as a reference book for the team's Livejournal. The future plans for the project will be declared later.

For historical information about the war on Karelian isthmus see please Army of Finland in WWII - new URL and "Winterwar.com" . It gives the main information, and for details you can contact with us. Here is only 3 photos of the contemporary condition of Finnish defence lines on the Karelian isthmus. 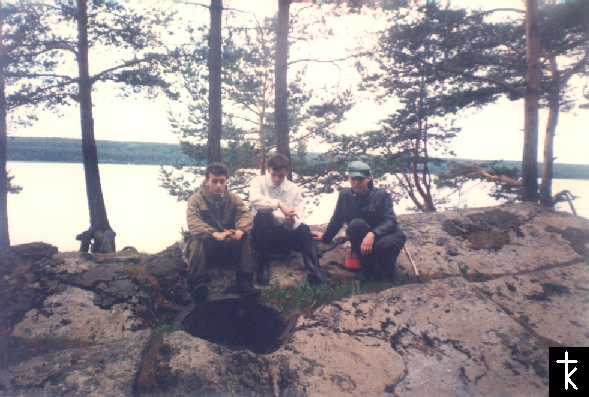 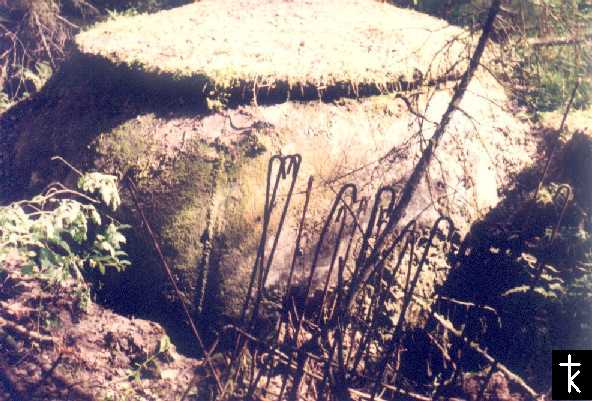 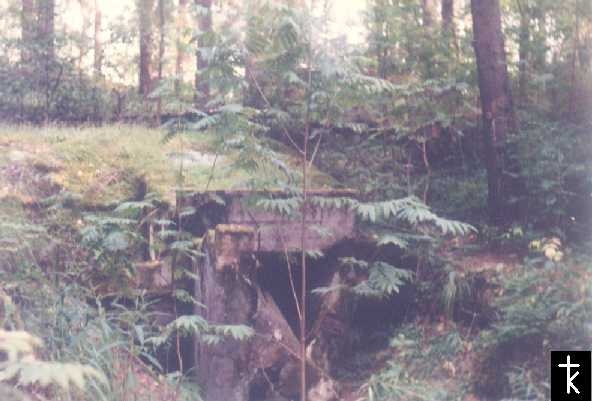 Do You want to see more photos of the modern look of famous battlefields in Karelian isthmus? Please visit this sction of our site - BATTLEFIELDS. (Updated: 10.01.2003)

For those who are thinking it's impossible: see this photo. Attention - this photo shows the cruel results of war so its content may be in disagreement with the common moral or can shock you. Please think abour it before entering!

In the following table you can find information about soldiers which were found and buried by us. 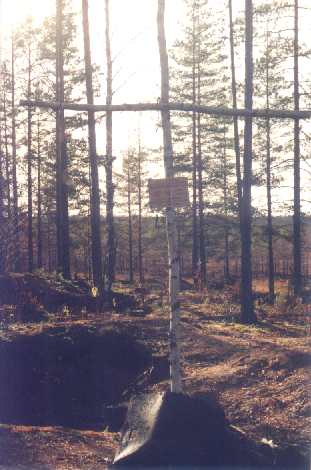 The birch cross on the grave of 15 Soviet soldiers and officers fallen near Leipäsuo during 12.39-02.40. It was built by the 'Karelian Rampart' search group during autumn 2000.

Data about nations and ranks of soldiers are known by items were found near them.

* - The remains which had been found near Kämärä have been transferred to Petrovka memorial on 10.08.2002.

** - The remains which had been found near Leipäsuo have been transferred to Merkki war cemetery near Summajärvi on 04.10.2003. Photo reportage from the ceremony.

*** - The remains which had been found near Honkaniemi have been transferred to Petrovka memorial on 07.05.2005.

***** - The remains which had been found near Sestroretsk 02.11.2006 in cooperation with "Bezimyannaya" was buried in Sestroretsk military cemetery. Photo reportage from the ceremony.

+ - The remains were buried on 08.09.2007 in military cemetery №2 at Ahijärvi. Photo reportage from the ceremony.

++ - The remains had been buried on 08.09.2007 at the cemetery close to Kämärä railway station with the help of the search team "POISK" from Vyborg.

^^^^^ - Buried close to the cenotaph to local inhabitants KIA and MIA in WWII in Tuloksa village, 20.09.2011. LINK, in Russian, with English abstract.

The Book of Memory

In this section the data on soldiers, which had been found by us and which names were ascertained, are collected.

Photos of some of items found in battlefields are available now. 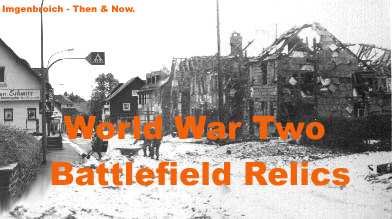 Taipaleenjoki - one of the famoust battlefields of the Winter War.

If You are interesting in the WWII history and want to discuss some points, please contact with us!If You have some informatuion which can be helpful for our work (war maps etc) contact with us!

Sincerely Yours, Slava M., leader of the "KARELIAN RAMPART" Group.

The award fron the military history site owner from Belgium:

The NUTs & boLTs Guarantee
*ALL links are selected by the author
*All links must contain information helpfull for:
Collectors
and/or
Genealogist
and/or
History Students

-th visitor of English version of our www-site.