The burial of Soviet soldiers remains

in the common grave

The action was organized by search team "Karelian rampart" and the Committee of Youth affair of Vyborg district administration. Remains of 25 Soviet soldiers which died 17.06.44 and were found by "Karelian rampart" in years 2003-2004, were buried. 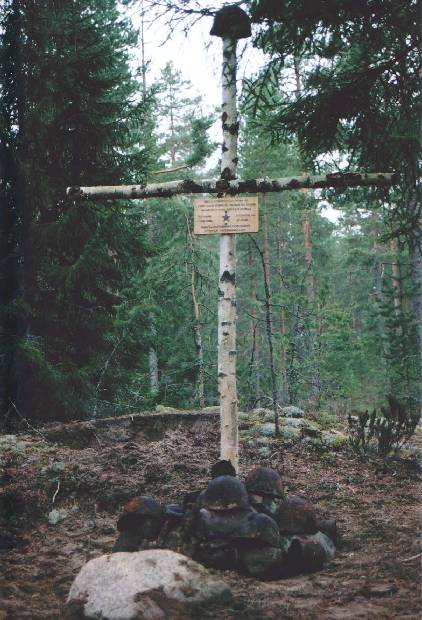 Before 10.05.2005 the remains were in the temporal grave, now it is a temporal memorial to those who died in this forest 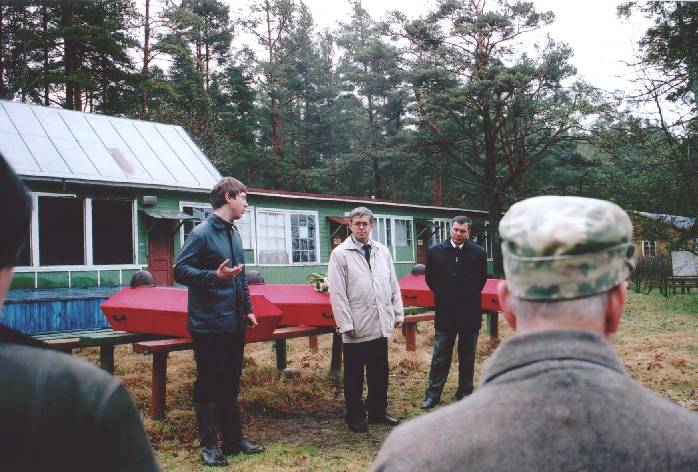 The small meeting had been held at the common grave. Our search team, official representatives of Vyborg district and local administration, soldiers of Kamenka motorized infantry brigade and local inhabitants were present. 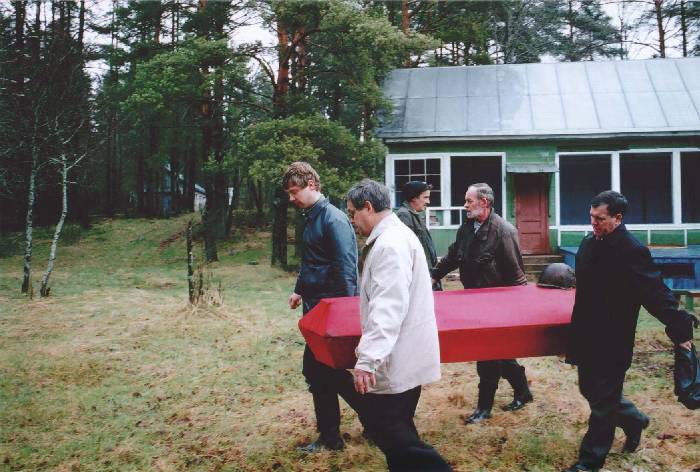 Searchers and representatives of district administration are carrying the coffins to the common grave. 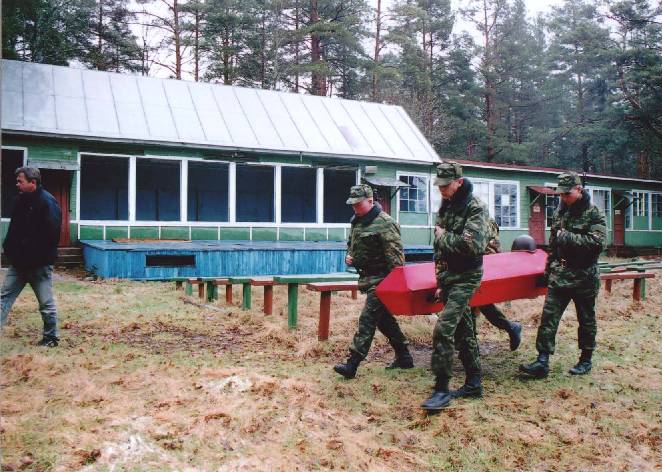 Soldiers of 138 (Kamenka) motoihgantry brigade taking part in preparation and realization of burial. 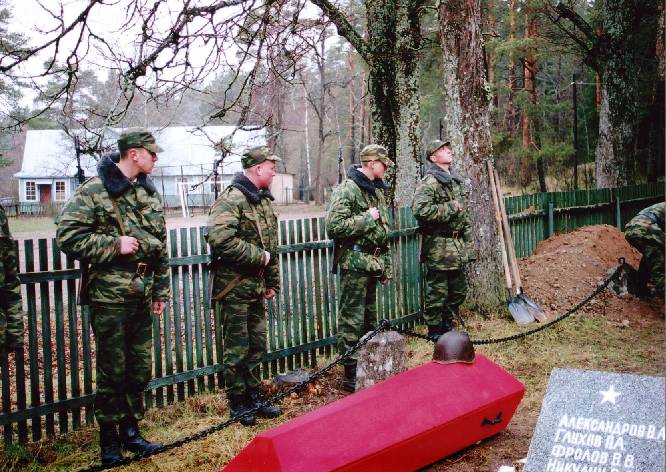 In the guard of honour - heirs of 70 rifle division, which fought in Karelian isthmus during Winter war 1939-1940, and 45 Guard rifle div., passed from Valkeasaari/Beloostrov to Viipuri/Vyborg in June-July 1944, now this unit is 138 Guard motoinf. brigade. 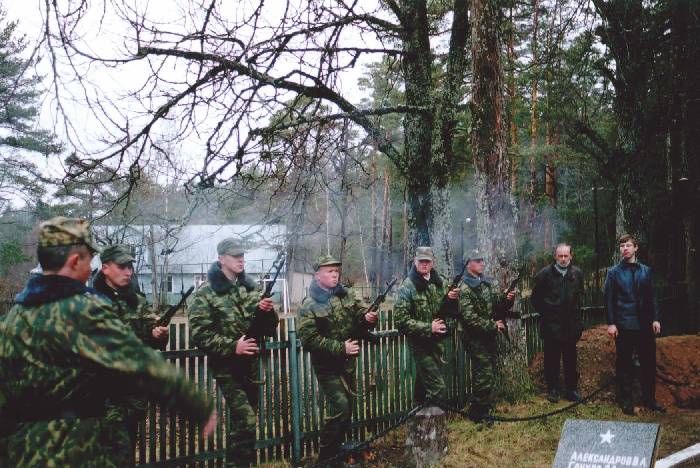 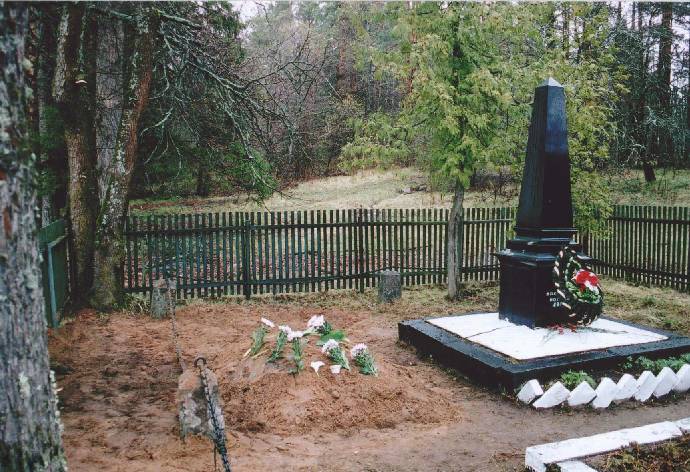 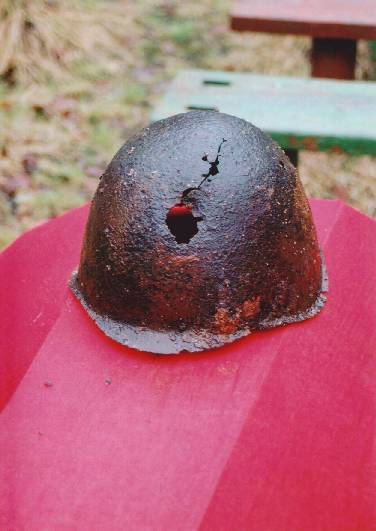